Fyodor Dostoevsky is known for writing best-selling novels that never fail to pique a thought in the readers’ minds.

When we mainly speak about Crime and Punishment, this book takes the lead with a story of a poor law student who kills a pawnbroker to get out of his current poverty.

It’s filled with suspense, thrill, and moving stories which every book lover craves.

However, this is just what people have to say about the book; now everything boils down to the ultimate question of all time: should you read “Crime and Punishment?” Let’s find an answer to this question here.

Crime and Punishment is a valuable book for everyone. It presents an interesting plot and shows how thinking according to our own rules can impact our everyday life.

Sounds interesting, right? Here are seven other reasons why you should read Crime and Punishment.

1. The book is relatable

The book clearly talks about the suffering and doubting of one person that eventually led him to do things that he never wanted.

Although committing homicide is far worse than anyone could ever imagine, there are times when people make regrettable decisions that are influenced by a tragedy.

The novel portrays how society judges and affects people in the most negative way.

An excellent instance is Sonya, who got condemned for being a prostitute while only paying the price to save her family. Therefore, you will see Raskolnikov worshiping her in the entire book.

One of the biggest takeaways from Crime and Punishment is learning to understand empathy as an imperative part of being a human.

But what sets it apart is how the book delves down into the lives of evil, killers, and inhuman people. He goes in-depth about the things we are never connected to and helps us learn from others’ perspectives.

Other than that, it also makes us realize that some people support you regardless of what you do in your life, which, in return, helps you distinguish between bad and good people.

READ ALSO  Is Reading REALLY Relaxing? (And 5 Other Benefits)

2. The suspense will make it impossible to keep the book down

Dostoevsky has prevailed his name to come up with stories that will keep you up at night.

When we specifically talk about infantile prostitution, extreme poverty, and pedophilia, you can certainly expect to get horrifying stories that will reveal the truth about the world.

The antagonists in the stories are also quite evil individuals and come back with a new obstacle every time you take a sigh of relief to make the whole book about extreme psychopaths.

3. The structure and characters

Crime and Punishment is written in parts rather than holistically to make sense of each character as you read.

Each of the character’s stories is a mini-journey of its own that can make you feel flabbergasted and make it irresistible to wonder what will happen next.

By reading this novel, you will get to explore the opportunity to get inside the minds of protagonists and the antagonists一making you see the world from different views.

From the beginning of the book till the end, you get to experience the mental progress of peculiar characters like Raskolnikov to allow you to experience a full range of human life.

This is especially needed because it helps to open up your brain’s tangled wires and bring out concepts that can improve your actual relationships in real life.

The most interesting character in the book initially has to be Raskolnikov.

He is a poor student who can’t afford to fulfill his dreams because of a lack of money. Instead of spending time with his friends and enjoying his youth, Raskolnikov prefers to spend time in his room, thinking about various ways he can fix his problems.

This leads him to try a murderous experiment which inevitably ruined his life.

He later revealed in the academic paper about a class of men is rather extraordinary or, as Raskolnikov likes to call it, “the great men.”

These men do not behold the general rules of morality, which made the author ask the most talked-about questions of all time: Are there men who are beyond the standard moral code?

This theory of some Russian radicals has been introduced in history several times but has never been openly answered to clarify the topic’s swarming doubts.

Now comes the author Dostoevsky’s excellent writing skills that will definitely entice you to read the book at least once.

Indeed, he is considered the most eminent psychologist of literature who can make extraordinary stories by understanding human behavior and delving deep down into mental issues.

When we talk about Dostoevsky’s personality, you can surely see a glimpse of his own personal thoughts and outer appearance that has complemented the book just well to make everything sound cohesive and interesting.

Many people aren’t aware that Dostoevsky was psychologically stained when he first wrote the book.

The rash, violent and disturbed scenes were just a small reflection of what was going on inside Dostoevsky’s mind.

As soon as he realizes his biggest mistake of murdering someone, he becomes mentally ill. Here you can find his sudden bursts of madness that breathes life into the story.

Raskolnikov’s thoughts and feelings are written to help you understand the uniqueness of the boy and appreciate how the book goes beyond the standard lifetime imprisonment punishment.

One of the best things readers love about the book is how it makes you question everything about sanity and how the things around us can potentially affect us in a harmful way.

Surprisingly the author makes us empathize with the murderer even if we don’t want to. When you read the book, you get to remember his own near-execution, which allows you to view the murder from the victim’s perspective.

You get to see a side of murderer and brutality that you never get to see in other movies in books. Raskolnikov first kills an older woman, then her sister, who happens to be present on the scene accidentally.

What makes all of this more worthwhile is how the author explains each scene, emotion, and action in the most detailed way possible.

A good example of such a scene is when Raskolnikov paralyzed Lizaveta ( the victim’s sister) when he lifted his ax to kill her.

Once you get to see the life of the murderer, your point of view about the whole murder scene so shifts in a completely different direction. To understand what I’m talking about, you should invest some quality time actually reading the whole book.

7. Has influenced many readers

The socio-psychological exploration of the book has influenced numerous readers.

One of the major reasons for that is when Dostoryebsky started the book in 1865, he was depressed, lonely, and was undergoing serious financial straits.

The author wrote the book with his mental stage and created the lead character Roskolikov who undergoes way more than average murder in movies and books.

The fact that his punishment was not jail but rather from the imprisonment of his own regrets helps better make better decisions and take a stand for the things they were ignorant of in the first place.

The book has never failed to stun everyone with its gruesome descriptions, unexpected turns, and enthralled use of dramatic tension has made this book one of the best-selling bok till today.

Indeed, Roskolinov is a character we can sympathize with, if not relate to, help stick with you for the rest of your life.

Is Crime and Punishment Long?

The total number of pages of the book is 578. This means it takes an average reader to spend around 13 hours and 33 minutes to read this book.

However, it only implies if you read a regular book at the speed of 250 WPM (words per minute). Although considering the book’s nature, it can be impossible to keep the book down, many people prefer to break it down and read in a period of a week.

Is Crime and Punishment a True Story?

The book’s first publication came around in 1866 and is considered the most realistic crime story of all time.

Little did they know that some parts of the book are actually inspired by the actual criminal and the murders he admitted in honor of the 150th anniversary of the publication.

Since some of the books are based on real stories, Dostoevsky has hidden the names of people to keep their privacy.

If you want to know what inspired the author to write this book, here are a few real-life stories that compelled Fyodor Dostoevsky to talk about a character as intense as Roskolinov in the book.

Since these are all true stories, anyone would be interested in knowing what unfolds in the story and how it ends.

I hope you liked this review and are now ready to get your hands on this book.

If you’re a book collector and lover, then probably you’ve seen some of your old books getting yellow. Typically, this process is inevitable, and it usually takes years to occur depending on various factors like storage and type of paper. Why do books turn yellow? Book yellowing can be a result of such reasons as…

Deep fiction reading allows you to slowly create a world in your mind, feel its sensory details and understand the moral and emotional value each of the characters is experiencing. Where it is assumed that nonfiction books are your only ladder to success, I’m here to flip open your prescriptive box and change the way…

Being funny is equivalent to being the most likable person in the room. I mean, who doesn’t like to be the person who lifts the energy and makes you forget all of your worries in an instant, right? Many people are blessed with natural humor; people like you and I need to go the extra…

We all know reading is an excellent way to get your brain working and pushing it to its limits to learn and grow. There was a time when some people couldn’t put down their book until their head dozed off on the book and glasses still lay hung up on the nose’s bridge; nowadays, mobile… 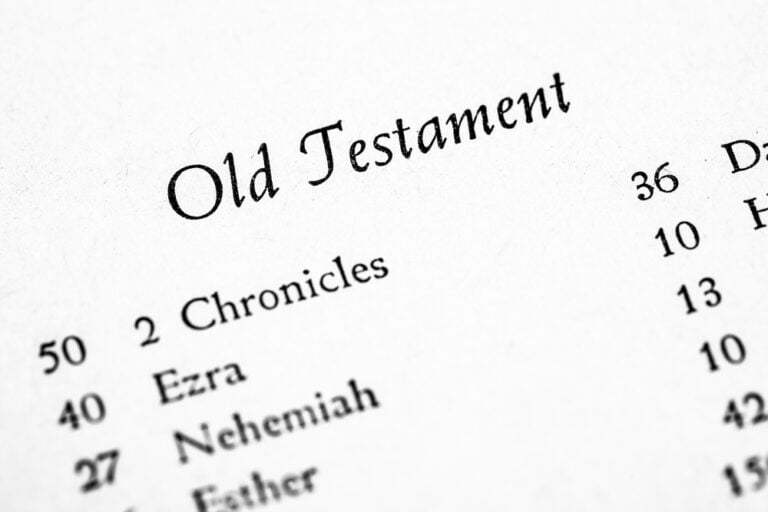