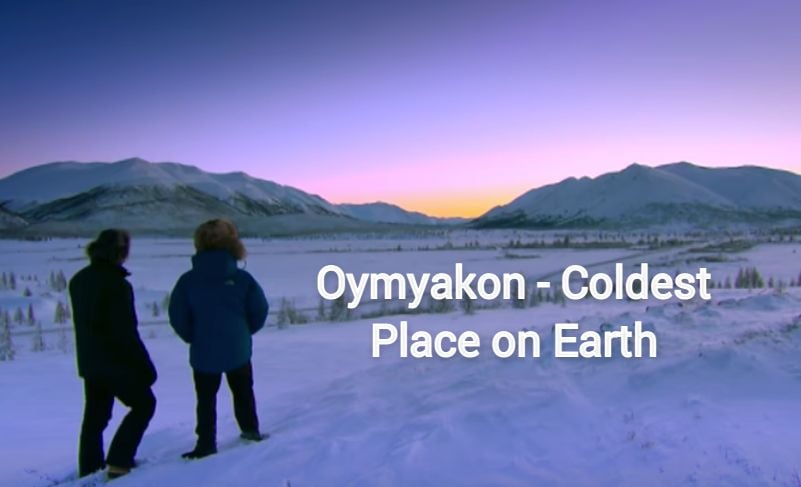 To reach here, you have to go through a two days and night long treacherous drive across Siberia on slick and slippery roads with the temperature plummeting by the hour.

Coldest Place on Earth to Live

There’s something terribly haunting about this road and the fact that it is called the Road of bones only adds to the horror. This road was built in the era of the dreadful tyrant Joseph Stalin to link a series of gulags or prison camps. The political prisoners were used as unpaid labor to build this road that continues for 1200 kilometers.

Bones of the prisoners who collapsed building this road were added in building the roads. It is said that more than a million people died constructing this little wonder in Siberia. To think of it, you are driving on the remains of millions of people in order to reach Oymyakon. It’s a really daunting thought!

Oymyakon really is the coldest place on earth. On your way to this town, you will cross two frozen rivers, climb a mountain range and traverse endless forests to a remote speck on the map and finally you will arrive at this unique town. The population of Oymyakon is 547 despite the freezing temperatures.

The town square here has a small monument that honors geographer, explorer and writer Albert F, the man who recorded the lowest temperature the town has seen so far, i.e. minus 71 degrees, in the 1920s. The intensity of cold here is hard to describe. To put it into perspective, imagine your freezer running at minus 18 degrees lower than the regular temperature, that’s what the normal temperature in town is like.

According to the locals, it is truly cold when the temperature drops below minus 50 degrees, i.e. when the blood stops flowing if your skin is exposed and frostbite sets in. The worst thing here is that you could easily underestimate the cold without realizing it and soon your parts of your body start freezing.

There are no hotels in Oymyakon and if you want to visit, you will have to make lodging arrangements with a local family. The people here have distinctive Asiatic features and live their lives the same way as they’ve done for centuries. They melt ice blocks for fresh water. Life in Oymyakon is extremely difficult and most people won’t live here if they were given an opportunity to exist elsewhere.

According to one of the locals in Oymyakon, the coldest day in her memory was minus 68 degrees. It was when she was a little girl and it has not been so cold ever since. When the temperature in Oymyakon falls below minus 55 degrees, the school here issues a warning that it is too cold and dangerous for children to leave home.

Besides the extreme temperatures, one of the biggest hardships experienced by the people in Oymyakon is the complete lack of running water. There are no pipes here and the reason is that it will be a complete waste of money as the water in the pipes will freeze and they will burst due to expansion.

This highlights an important aspect of lifestyles in Oymyakon. There are no  showers and no bars which is not so bad in these conditions. However, it also means that there are no flushes in toilets either.

The only way to shed the load here is the old-fashioned Thunder box which is fine if you’re in outback Australia but isn’t as smooth in the coldest part in the world. Imaginge, nature calls in the middle of the night at lowest temperatures, especially with kids.

Oymyakon is only 700 meters above sea level and well below the Arctic Circle but the reason it’s so cold is due to a unique function of geography. There’s no ocean nearby to moderate the extreme conditions and it’s set deep in a frigid valley that allows cold air and waves to accumulate and these factors add up to the coldest inhabited town on earth.

The fascinating thing about the people of this town is their unique physique. You won’t find any tall people here and it makes perfect sense as smaller height means less surface area to lose heat. It is the same for the acrid horses found here. They are short squat creatures and have adapted well to these extreme temperatures.

They have the capabilities of staying outdoors 24/7 with only one week point, i.e. their back where snow can accumulate and harm their health. To prevent this from happening, people round up these animals for a procedure you’d see nowhere but in Oymyakon. They’ve got really thick combs to scrape the ice off the back of these horses. These horses are mainly used for meat.

If you are planning to explore Oymyakon, you should prepare for a little boredom as the town is relatively small and horse meat is pretty much all the food that is available. However, there are some cool things that you can try out in this town. You can do the steaming water experiment. All you need to do is boil water in a pan and take it off the flame when you see the steam rising. If you throw this water outside, it will fall down as snow.

It is extraordinary to watch boiling water freeze instantly. Washing and drying also works very differently in Oymyakon. You just need to swing your shirt over your head to dry it up at instant speed. Another neat trick that would work here is banana hammers. If you leave bananas outside, they will become so hard that you can hammer a nail with it without breaking or damaging the skin of the banana.

The most amazing thing about this place is that no matter how frigid the weather the town doesn’t shut down. You can see people going about their daily lives. We came across a reindeer herder who was going to meet his best mate, a fisherman named Igor. Reindeer are very important in this town for traveling distances, especially to go fishing at the local river.

The fishing techniques are also so different, Igor made two holes in the river at minus 50 degrees with his hands exposed. No outsider could have done that and escaped frostbites. The two holes shave one pole each and the fishing net is attached to them. The skilled fisherman here rarely goes home without a bucket full of fish.

Oymyakon also has its own myths about the freezing temperatures here. It is said that when God was creating the earth he got so cold that his hands went numb and he dropped a lot in frozen solid. The native people here welcome visitors but warn them to not travel to Oymyakon in warmer weather as it gets really swampy after the snow melts and the air is full of mosquitoes and black flies.

Oymyakon is not a pleasant place to be during winters. It’s not just the climate of Oymyakon that makes it a difficult place to live in, it is also the remoteness and isolation from the rest of the world. 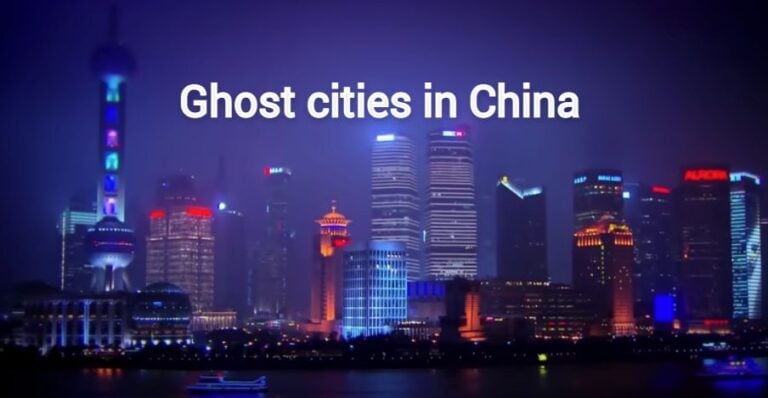