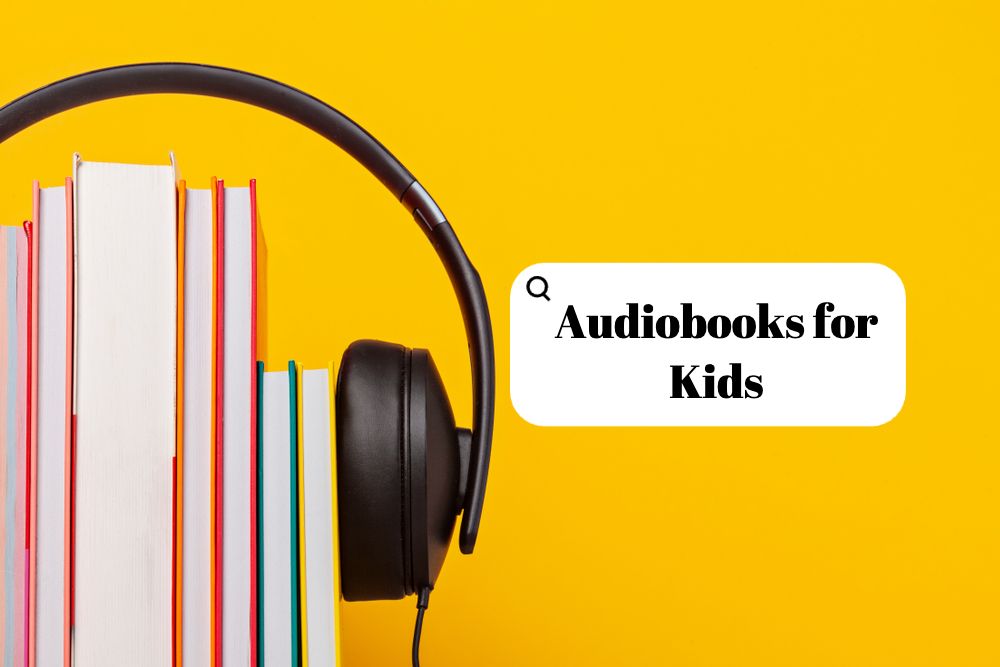 When it comes to kids, being creative and keeping them occupied is every parent’s biggest challenge. I thought I had it all covered when my preschool kiddo spent hours with her coloring book.

Little did I know, she would get bored of it within a week. She was more interested in shredding the books than color them after that. I had to do think of something and fast.

It was then I realized she loved stories when they were read out loud. Even though I’d love to read to her every day, circumstances were not always in my favor.

Here are the best Audiobooks for kids:

Audiobooks are a perfect gift for your kid. They can be lifesavers when you are on a road trip or at home entertaining guests. It helps your kids develop language skills and lets them focus too.

This list consists of much-loved classics and contemporary children’s literature.

Are you ready to get started?

Charlie and the Chocolate Factory

A tale of five kids touring Willy Wonka’s chocolate factory is the gist of this Roald Dahl classic. The audiobook has been narrated by Douglas Hodge who gives an interesting twist to the characters.

The book has also been made into a Hollywood movie starring Johnny Depp which is a visual delight. The colorful journey of the five kids through the mysterious chocolate factory is captured beautifully in this audiobook.

Your kids will love the subtle lessons narrated in the book about poverty and crime. This had to make my list of the best audiobooks for kids for the characters in the story. Charlie’s life portraying his struggles and his love for his family makes for a good listen. Your kids are bound to be excited throughout with bouts of laughter guaranteed.

Diary of a Wimpy Kid: Double Down

The 11th installment of Jeff Kinney’s Diary of a Wimpy Kid series is about Greg Heffley, a hero obsessed with video games. The audiobook is narrated by Ramon De Ocampo in his signature style.

This audiobook explores Greg’s discovery of a video camera in his basement and the antics that follow. Along with his best friend, Rowley the duo set off to make a scary movie for Halloween.

Greg’s master plan to become rich and famous is what ensues. Your kids will love listening to this exceptionally narrated story and will compel them to finish the series. The story has all the elements which make it number two on my list of the best books for kids.

This award-winning book about friendships by Annie Barrows is a vibrant account of two characters Ivy and bean. Narrated by Cassandra Morris, the story is about how Bean and Ivy who never thought would become friends but end up forming a fabulous friendship.

The story of a lovable tomboy Bean and Ivy, Bean’s neighbor who comes across as boring but is a witch in training. Yup, you read that right. This story is gonna make your little one wanna finish the audiobook in one go.

How Ivy comes to Bean’s rescue and how they become friends forms the crux of this charming tale. Book one is the first of the series of humorous and captivating stories by Annie Barrows.

I knew this was making my list of best books for kids as my kid thoroughly enjoyed it and is on her third book already.

This edition of The Graveyard Book is authored and narrated by Neil Gaiman. The novel has won both the Newbery Medal and the Carnegie Medal and has sold more than a million copies worldwide.

The story of an unusual boy, Nobody Owens who is raised by ghosts and stays in a graveyard is what makes it so loved. Growing up around werewolves and ghosts, Owens captivates the listener’s imagination.

This magical tale which is terrifying at times is the perfect gift for your adventurous child who will learn a thing or two about living in the real world. The story-line with its many wonders made me add this to the list of best audiobooks for kids.

It might not be suitable for younger kids but your older kids would love this piece.

This funny book about how a businessman inherits six penguins from Admiral Drake is bound to leave you in splits. Written by Richard Atwater and Florence Atwater. The audiobook has been narrated by Nick Sullivan.

The book was adapted into a Hollywood movie featuring Jim Carrey in the lead and was released in 2011. The kids will love how Mr. Popper’s life changes once the penguins appear and how he transforms his apartment.

The story of Mr. Popper’s penguins has been amusing kids for over 50 years now and I’m glad I could make it a part of my list of audiobooks for kids. You can join your kids on this adventure as Nick Sullivan enlivens the optimistic Mr. Popper and his family as they adjust to the new guest in their home at 432 Proudfoot Avenue.

This heartwarming story of a girl named Fern, a pig named Wilbur, and a spider called Charlotte has been one of my favorites growing up. I had to add it to the list of best audiobooks for kids for all the right reasons. The audiobook has been narrated lovingly by the author E. B. White himself making it a very special edition.

The book has been adapted into a movie twice and the last adaptation was a blockbuster featuring Julia Roberts and Dakota fanning.

The story revolves around Wilbur, a piglet who is rescued by Fern but is sent away to her uncle’s farm. It is here Wilbur befriends Charlotte, a kind and helpful spider.

The book has many moments that leave you smiling while a few will leave you teary-eyed. If I was to rate this book, I would give it a 10/10. Hope you and your kids like it as much as my little girl did.

Harry Potter and the Sorcerer’s Stone

J. K. Rowling is a phenomenon acclaimed around the world for her contemporary children’s literature. Harry Potter and the Sorcerer’s Stone is what started it all and the audiobook is narrated by the inimitable Jim Dale.

The story of Harry Potter, the boy wizard and his journey from living a nightmare with his uncle and aunt to the school of witchcraft and wizardry sets the premise of the book. The book takes the listener through a mystical world of magic, wizards, giants, and goblins. If that is not enough, your kids will also learn a lot about grit, determination, belonging, and hope.

There was no way I could exclude this literary genius from my list of the best audiobook for kids. It makes for an excellent gift to your kids if they haven’t experienced the magic of J. K. Rowling already.

This coming of age story of two brothers has been a best seller in 2015 and is the 2015 Newbery Medal Winner. The audiobook authored by Kwame Alexander and narrated by Corey Allen has also been awarded the 2015 Coretta Scott King Honor Award.

The story of Josh Bell and his twin brother Jordan traverses through their love for basketball and Josh’s love for beats and words. The story moves at a fast pace and how the brothers come to terms with growing up and how they deal with their family is what makes it special.

The climax is heart-stopping and this among other reasons is why I’ve listed it out in the best audiobooks for kids.

It is only fitting that I end this list of best audiobooks for kids with another masterpiece from Roald Dahl. Narrated by the actor Derek Jacobi, this humorous tale follows George, a young boy of eight who decides to teach his horrid grandmother a lesson.

To give her a taste of her own medicine, George brews up a concoction of sorts with ingredients he finds at the house. What happens next will is why your kid needs to listen to this audiobook. The surprise that George and his grandma get at the end worth the wait.

I hope you enjoy the audiobooks I have curated for you and your kids as much as I did researching and putting it together.

The more you learn, the more you earn. Reading books expands your mind and gives you a glimpse to the infinite possibilities that exist in this universe. However, in today’s world reading a book almost seems like a luxury. People simply don’t have the time to get through an entire book. Additionally, many people don’t… 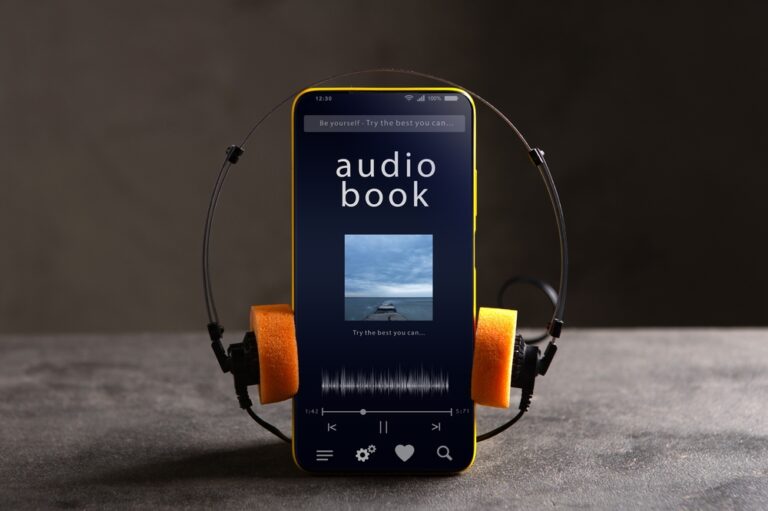 Reading can be really tiring sometimes, right? Yet you stay awake to read those tiny little letters in the novel with the curiosity to know what will happen next! But with audiobooks, you can peacefully close your eyes and listen to the narrator and imagine yourself in the fictional universe amongst all the fictitious characters….

As technology is improving, people are getting more and more inclined towards digitalization. With the advent of smartphones and internet, many things are possible these days. One of the most advanced technologies is the audiobook where a person reads out a book and you can listen to it. According to a new research report, 1…

Audiobooks have largely replaced hardcover books these days. Although not everyone is a fan of audiobooks, some people find them very useful. Did you know that 1 in every 5 Americans listens to audiobooks? Well, it just shows the sudden popularity that audiobooks have gained over the years in comparison to readable books. But what’s…

Have you ever been listening to your running playlist and suddenly felt yourself getting bored? You are not the first person to feel this way; running with music can help you get into a rhythm while you run, but it can also get very repetitive. Cue audiobooks! Did you know that audiobooks can boost your…